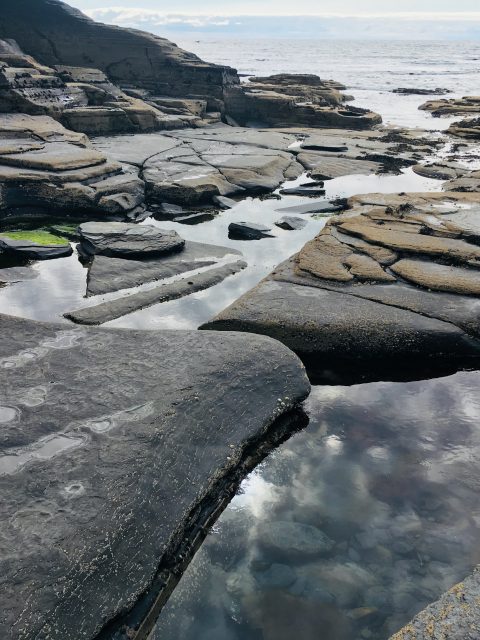 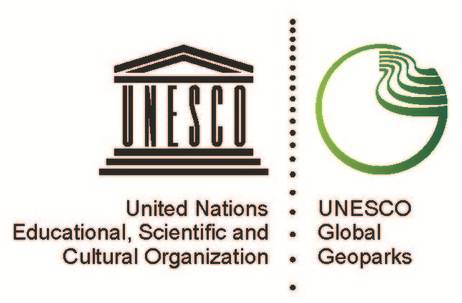 management organisation that supports its people and organisations to work together to ensure a cared-for
landscape, a better-understood heritage, more sustainable tourism, a vibrant community and strengthened livelihoods.
For more information
visit

www.burrengeopark.ie
Some interesting info about the Burren Geopark
Burren u0026amp; Cliffs of Moher Global Geopark, Ireland
Geology: The Burren and Cliffs of Moher Global Geopark is formed of Carboniferous limestones sandstones and shale. They form a near continuous sequence from the lower Carboniferous (Holkerian) Tubber Formation to the upper Carboniferous (Bashkirian) Central Clare Group. The limestones were formed in warm shallow water conditions on a carbonate shelf close to the equator. Fossil brachiopods, corals and crinoids are abundant. The limestones contain abundant caves including one of the longest free hanging stalactites in the world open to the public and are extensively karstified. The extensive limestone pavement is considered to be one of the best of its kind globally. The limestone is overlain by deep water shales and prograding cyclical deltaic deposits. Slumped units with sand volcanoes, turbidites and channel deposits are common. Typical fossils are goniatites, bivalves, and plant material. The sequence is part of some of the finest coastal exposures of ancient deltaic sedimentation in the world.
Geography: Located on the west coast of Ireland, the Global Geopark has an area of 530 km2, it is bounded by Atlantic coastal cliffs (10-200 m high) to the west, the Gort lowlands to the East and by low hilly terrain to the south. Much of the land is at an elevation of 100 m-200 m above sea-level; the highest point is Slieve Elva at 344 m. Average rainfall is 1200 mm per year. The Global Geopark is only one hour drive from Shannon International airport and the cities of Limerick and Galway. The area of limestone which comprises most of the Global Geopark has few rivers and only one (Caher River) which flows its entire length over ground. Farming (beef and dairy) and tourism are the main industries with the Cliffs of Moher Experience attracting over 1 million people in 2014. Population density is low and dispersed through villages and towns such as Doolin, Corrofin, Ballyvaughan, Lisdoonvarna and Kilfenora.
Education and Sustainable Development: The Global Geopark runs collaborative education programs with local businesses including an annual ‘Introduction to the geology of the Burren’ course, an international field geology school, and Young Scientist and Eco Environmentalism projects. We also support geology, groundwater and litter educational programs in national schools. The Global Geopark has supported the development of a network of over 60 tourism business in the area (the Burren Ecotourism Network) which is dedicated to promoting sustainable tourism. Members sign up to the Global Geopark Code of Practice in Sustainable Tourism and in return the Global Geopark provides training and marketing and co-ordinates group products such as Food and Activity trails. The Global Geopark is currently managing an EU LIFE project (GeoparkLIFE) on balancing tourism and conservation in the Burren. This project involves working with national tourism and conservation agencies, local farmers and tourism businesses to minimize environmental impacts and maximize the social and economic benefits of tourism in the Burren.
http://www.burrengeopark.ie/discover-and-experience/geosites-discovery-points/ 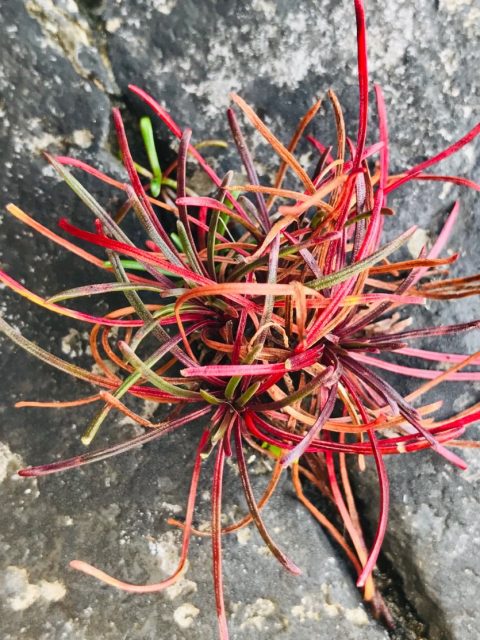 On the face of it, the Burren is perhaps the last place on earth that one would expect to find a Food Trail.   It is an area of expansive karst limestone landscape, often referred to as ‘lunar-like’, which to the newcomer may appear as barren, inhospitable and forsaken.

However, it is not for nothing that the Cistercian monks who settled here in the 11th century gave the name Santa Maria de Petra Fertili, to the iconic Corcomroe Abbey which still remains a magnificent landmark of the Burren Landscape to this day.  The name, St. Mary of the Fertile Rock, reflects the fertile nature of the surrounding Burren lands, which insured that here a Cistercian community could, by cultivation, provide itself with the necessary means of support and ultimately, self-sufficiency.

It is a perplexing juxtaposition of nature whereby great bounty of lamb, beef, fruits and vegetables emerge from the cracks, crevices and valleys of the limestone Burren.  Flanked on the west by the magnificent Wild Atlantic, a bounty of fish and seafood is also assured.  A further layer of intrigue lies in the fact that it is the practice of an ancient system of farming (winterage), unique to the Burren area, that maintains the appearance and fertility of this landscape for this and future generations.  In recent years, the Burren’s rich and ancient food culture has expanded through the emergence of many award-winning chef-led restaurants and high quality artisan food producers, as well as an increase in practising market gardeners and growers.    Once again, The Fertile Rock is emerging as vital component in maintaining a thriving rural community.

Launched by the Burren Ecotourism Network in partnership with the Burren u0026amp; Cliffs of Moher Geopark in 2013, the Burren Food Trail connects growers, producers, artisans, retailers, chefs and restaurateurs who then work together to promote their destination as a whole.  The members are bound by their commitment to building a sustainable future for the region.  Each member has achieved recognised quality awards and standards in the areas of food.  Critically, each member has engaged in extensive training and networking in the area of sustainable development and has adopted the Geopark Sustainable Code of Practice for Tourism.

Each of the featured restaurants offers a Burren Food Trail Signature Dish to savour, and all members have signed up to the Burren Food Trail Customer Promise: you will find staff who are knowledgeable about the regional food story, menus which state the source of local produce, information on local food events and markets as well as a commitment to maximise the use of local ingredients and suppliers.

Burren Food Trail has as its mission the creation of solid relationship in the mind of locals and visitors between high quality, sustainable food and the karst limestone landscape,  thereby developing the Burren as the most intriguing food story and food destination on the Wild Atlantic Way. 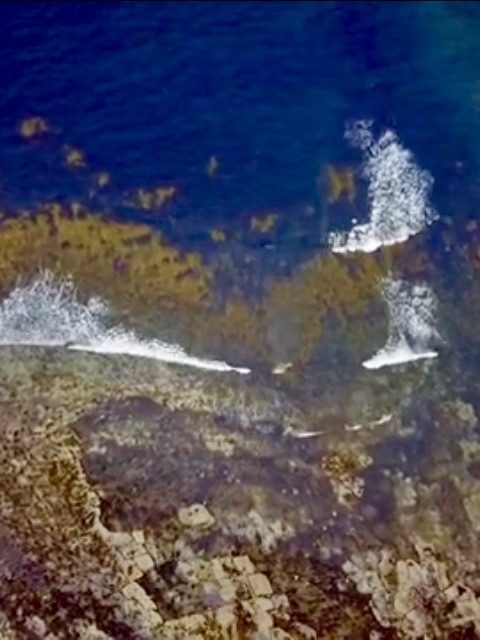 The Burren Food Trail is more than a listing of quality food establishments in the region – it aims to uncover for the visitor the path that food takes from field to plate.  Visitors and locals may decide themselves how to follow the trail: stop at every point or else dip in and out along the way, according to individual taste, interest and location.

The Burren Food Trail is supported by a highly innovative schedule of food events which take place every Monday from April to October.  These have become known as the Burren Food Trail Mondays which are now emerging as a tangible demonstration of how local gastronomy can take a central role in a destination’s tourism offering while concurrently sustaining the local environment.  The context which the Burren Food Trail provided unleashed a flow of creativity from tourism enterprises, not only involved in food but in all aspects of tourism, with wonderful experiences that combine food and outdoor activity, food and culture, food and music, food and spirituality.

The Burren Food Trail has also led to the emergence of a new food festival, the Burren Food Fayre which is part of the Burren Winterage Weekend.  This festival is a celebration of local food by local people and is a key contributor to raising local awareness of and pride in Burren Food culture.  With a strong advocacy and educational remit, it includes events such as Burren Junior Masterchef, Burren Masterchef, and Burren Culinaire – three cooking competitions that recognise excellence in sourcing and use of local ingredients and which span the childrens, locals and third level students sectors.

The Burren Slow Food Festival which pre-dates the Burren Food Trail, entering its 10th year in 2016, is also a flagship food event for the area. 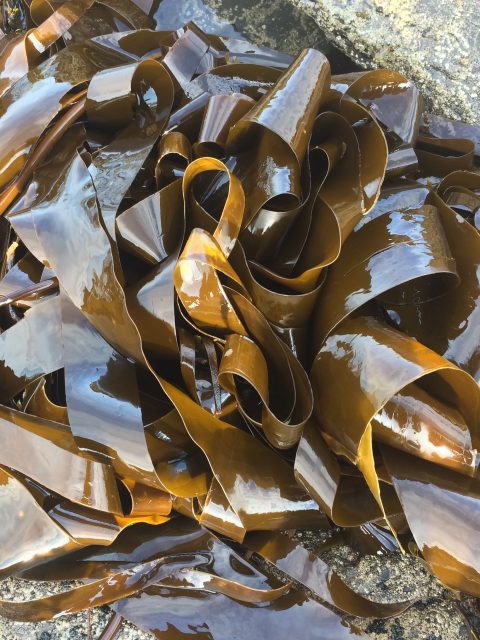 Integration with the Tourism Economy

The genuine links that visitors experience between farmers, producers, retailers and restaurateurs is a key feature of the Burren Food Trail.  The relationship between the Burren Food Trail and the wider tourism offering in the Geopark region is a defining characteristic of the initiative.  Through the Burren Ecotourism Network, food is integrated with outdoor activity and adventures, visitor centres and accommodation.  It’s a truly integrated local gastronomy experience.

Local Food Cultivation – a story of passion and pride

The Burren is a beautiful, powerful and unusual landscape and offers huge diversity, but it also presents a challenging environment in which to produce food. The passion and determination of the farmers and producers shines through and is evident in all aspects of their working lives in the Burren. The link to the landscape in terms of agriculture, history, food and tradition is what resonates through the landscape, safe for many generations to come. The locavore culture, which is so important and the significance that’s given to the fact that the food  is grown or produced in the region is immense. The relationship of the unique landscape of the Burren to the rich food culture of the area is what sets it apart, offering a truly ”different” fully immersive food experience.

Linking Food and the Landscape

For visitors, the Burren landscape is a challenging concept.   Almost all parts of Ireland provide  breathtaking scenery and awesome landscape experiences.  The Burren does this also.  Unlike other parts of Ireland however, the Burren landscape perplexes visitors –  it makes them question what they are seeing, makes them wonder why and how it came to be, makes them query whether anybody can live there.   Weighty in geological, archaeological and botanical significance of a global reach, it is not readily mentally and physically accessible in the way most of the island of Ireland is.

In this way, the Trail contributes to sustaining a local tourism economy that sees visitors drawn back to the area not just be memories of people and landscapes but also by the food and drink that added to the pleasure of their stay.